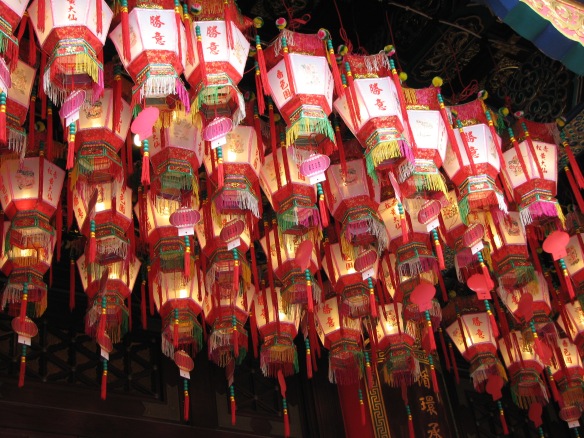 I spent a few weeks north of Hong Kong in the New Territories. The transportation system is easy and each day I went exploring. I’d read up, select yet another fascinating place to discover, and off I’d go.

As a massage therapist I went to pay my respects to Sun Si-miao Zhen Ren, Perfected Master and god of Chinese Medicine.

He was a doctor and herbalist who lived from 581 – 682. (Yes. 101 years.) Perfected Master Sun authored some of the most important Traditional Chinese Medicine treatises. Along with medical recipes and information on everything from acupuncture and massage to herbs and diet, he wrote the following: “A Great Physician should not pay attention to status, wealth or age. Neither should he question whether the particular person is attractive or unattractive, whether he is an enemy or a friend, whether he is a Chinese or a foreigner, and finally, whether he is uneducated or educated. He should meet everyone on equal grounds. He should always act as if he were thinking of his close relatives.” [1]

He tried to heal whoever needed his help, regardless of whether his patients were rich or poor. He turned down offers for jobs as physician at the Sui and Tang courts, working instead with ordinary people.

His books are still required reading for all TCM practitioners. Taoists honor him as a god of healing. Even today, the ill and infirm (or people wishing to stay healthy) visit his temple to make offerings. 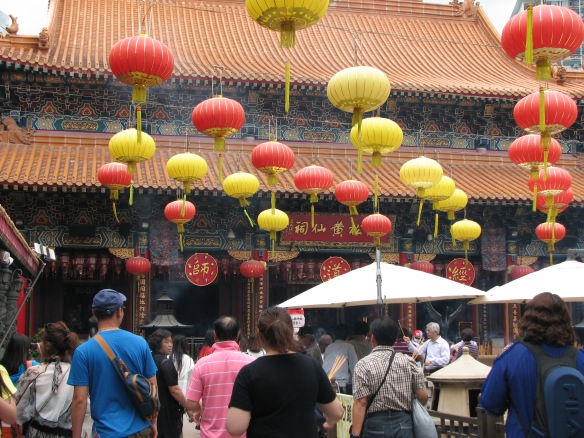 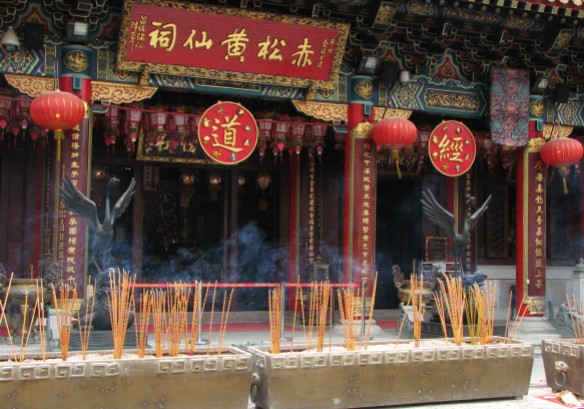 So I headed to Wong Tai Sin Temple.

I was delighted to discover that at the temple you can worship gods. Goddesses. Protectors and saints. Local deities. Buddha.

The entrance is protected.

I was met by wonderful bronze statues of the twelve animals of the Chinese zodiac.

I managed to photograph all but the ox and dog.

Then I ascended the stairs and entered the compound. 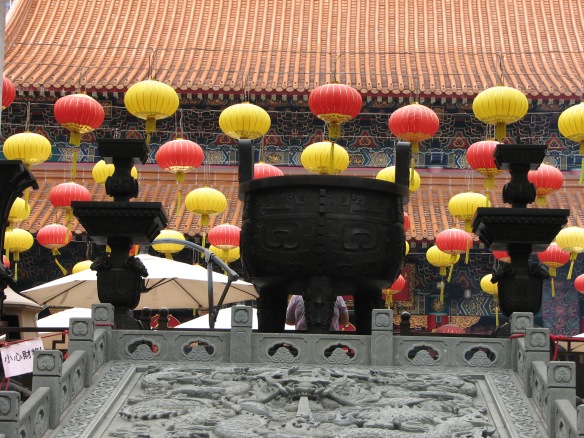 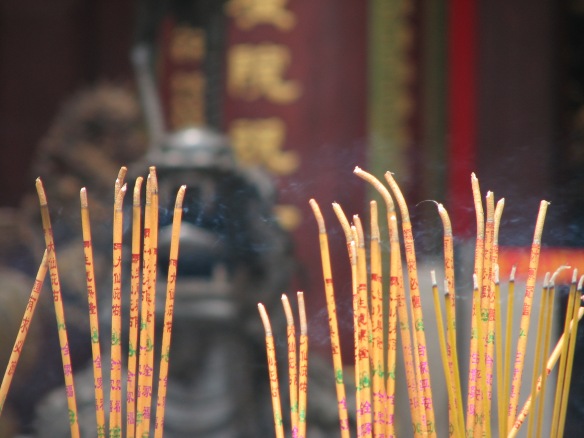 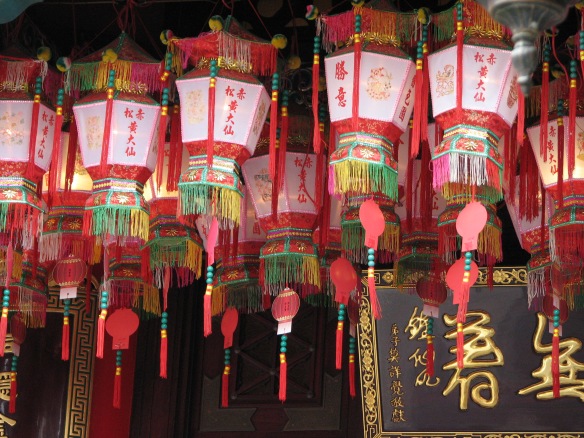 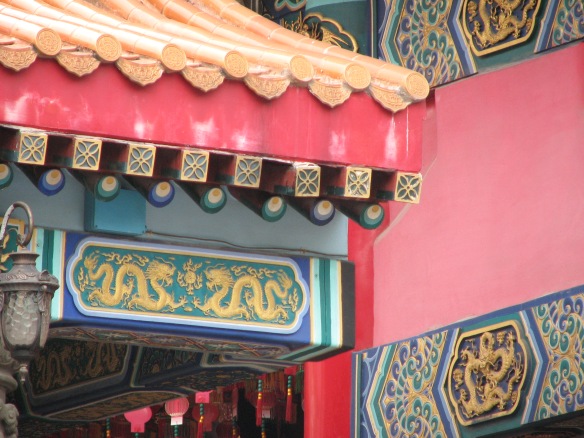 The temple is just outside a metro stop, smack dab in an urban area. The serenity of the shrines and their religious activity is set against a backdrop of tall buildings. 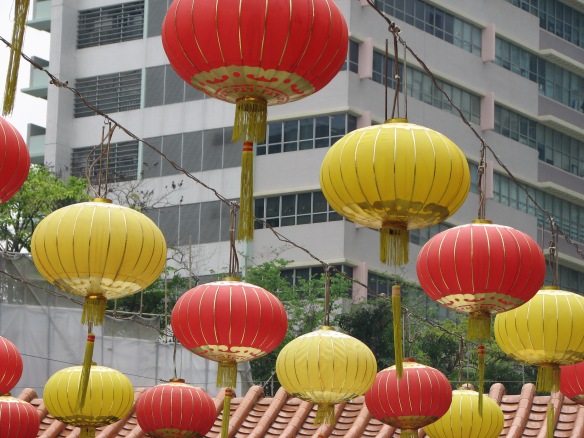 Wong Tai Sin Temple includes a meditative garden, and I wandered around to take photographs. 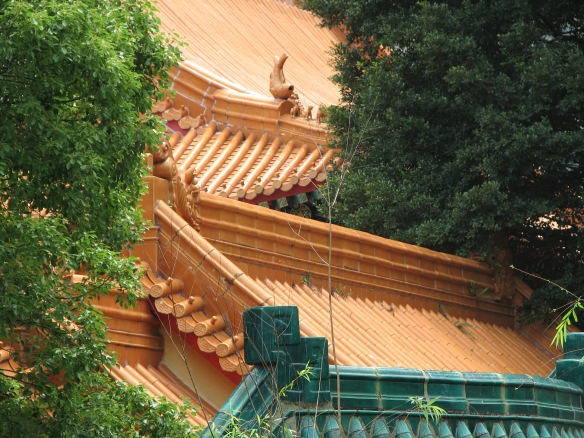 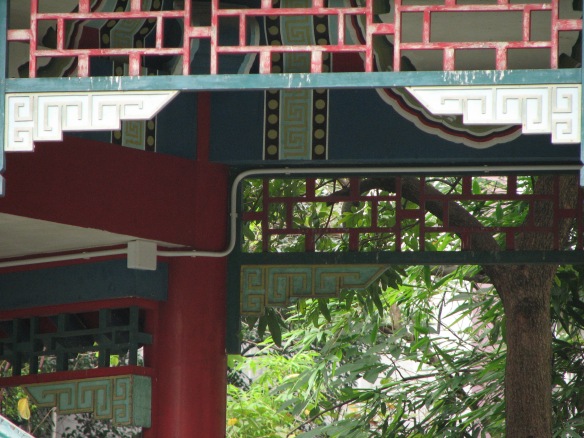 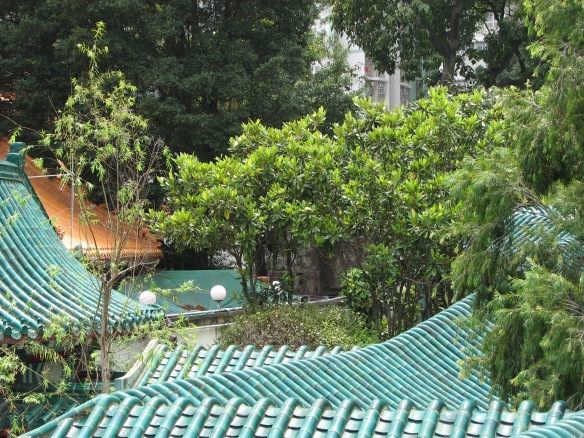 As I walked I thought about the gods of medicine. When Uwe and I were in Egypt in 2013 we visited the ruins at Edfu. They contain a room known as the Laboratory. The high walls are covered in hieroglyphics that are some of the world’s oldest formulas for incense and unguents. Our local guide Khairy spoke German and was finishing a degree in Egyptology. Khairy believes that the Egyptian gods were real men and women. He thought they’d once lived and had made discoveries or created things so extraordinary that over time they came to be considered gods. He said, surely whoever wrote the recipes inscribed on these walls must have seemed like a god.

I recalled Khairy’s words as I explored the temple.

When I left Wong Tai Sin I don’t know if I came away a better massage therapist, but I love the idea of a temple to a person who dedicated his life to healing others.

NOTES: [1] On the Absolute Sincerity of Great Physicians (大醫精誠 Dayi Jingcheng). This has been called the Chinese Hippocratic Oath.

Photos Copyright © 2015 Jadi Campbell or Uwe Hartmann. All photogaphs can be enlarged by simply clicking on the image. More of Uwe’s images from Egypt and our earlier trips to China and Hong Kong and his photography may be viewed at viewpics.de.

21 thoughts on “Adventures in China's New Territories 4: The Gods of Medicine”